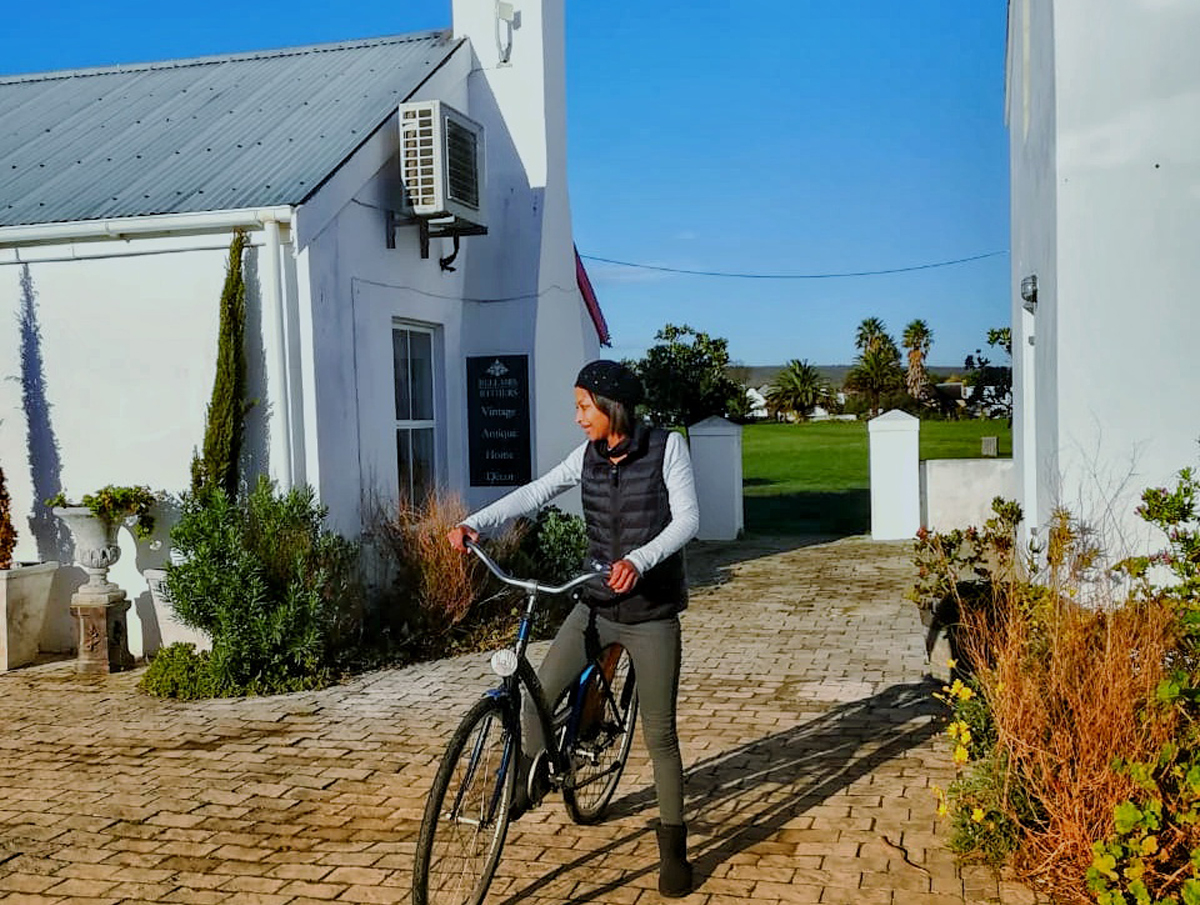 Discover Stanford by bike. The unique little village of Stanford, overlooked by the moody slopes of the Klein River Mountains, lies just inland of False Bay, forming the tip of a triangle with the coastal towns of Hermanus and De Kelders. Peaceful and largely unaffected by change, Stanford is an eclectic mix of shops, galleries, restaurants and coffee shops, and the list of activities for a largely rural village exceeds one’s expectations. Like many of the Overberg towns, Stanford originated as a farm, de Kleine Riviers Valey (the original spelling), and the tree-lined streets today, filled with historical buildings, are testimony to the largely English influence that makes Stanford the third most historically important village in the Western Cape. The heart of Stanford surrounding the market square – used as a venue for a monthly country market and for the annual Boxing Day Cricket Match – was proclaimed a South African Heritage area in 1995. The original farmhouse of De Kleine Riviers Valey, built in 1785, is one of the oldest houses still in existence in the Cape Overberg and the beautiful stone Church is thought to have been built in the 1700’s as well, although the records have unfortunately been lost.